Weekend in Mostar, Hotel Kriva ćuprija **** with the unforgettable experience of the old city core! 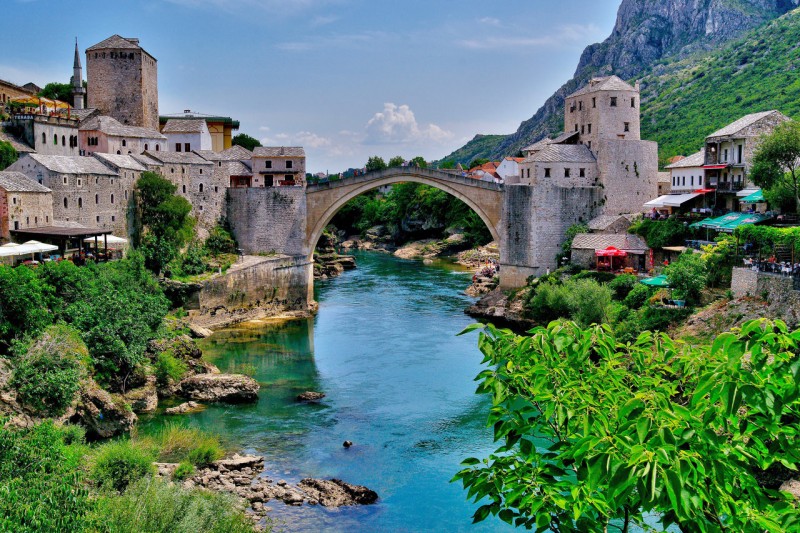 Hotel-Restaurant Kriva Ćuprija is located in a limestone house, part of the cultural heritage, just a few steps away from the Old Bridge in Mostar, under the protection of UNESCO.

The Idea for a Perfect Weekend

The old historical center of the town, situated on both sides of the famous Old Bridge, is a truly unique and unforgettable attraction; accompanied by the burning Neretva River and its emerald shades of its color, visitors can admire the symbols of Old Town, a part of Mostar from the Ottoman period with beautiful 16th-century mosques, towers, houses and Turkish baths, as well as small cessation works that contribute to their daily activities buzz in the streets.

The city is characterized by the joining and coexistence of the four religions of this area - Islam, Catholicism, Orthodoxy and Judaism - which is, for the most part, the reason for its so much attractiveness. Mostar is also a jewel with its intact and lush nature, green, sunny and full of flowers, Mediterranean climate with long hot summers. And that is the reason, not just its artistic heritage, which has always attracted tourists, but also painters and poets who visit it, love and perpetuate in their works.

Mostar is a welcoming city with the promise that you will return because in its unique and original complexity, this is a place that enchants you with history and culture, joining the east and west, a blend of treasures and essences whose fragrance is still felt in the atmosphere when you walk his streets.

The price of accommodation (2 nights + breakfast) at the "Kriva ćuprija" hotel is 979 HRK for two persons!