Stellar cast together in a new film by David O. Russell , "The American cheaters !" There are winners of prestigious awards Oscar Christian Bale , Jennifer Lawrence and Robert De Niro and Oscar nominee Amy Adams, Bradley Cooper and Jeremy Renner ! With supporting roles Michael Pene , Alessandro Nivola , Louis CK and Elisabeth Rohm is unquestionably a new potential blockbuster movies and prime contenders in the upcoming film awards season . On this occasion, we present to you the first movie trailer for the movie " American cheaters !"

Located in the seductive world of one of the most famous scandals that rocked the nation , the film " American cheaters " tells the story of a brilliant cheater Irving Rosenfeld ( Bale ), who together with his equally brilliant British partner and lover Sydney Prosser ( Adams ) forced to work for wild deranged FBI agent Richie Dimas ( Cooper ) . Dimas pushed them both into the underworld full of Jersey mob that is dangerous as the seductive . Renner plays Carmen Polit , passionate , changeable New Jersey politicians caught between the cheaters and the Feds . Irving's unpredictable wife Rosalyn (Lawrence ) could be the missing link to their entire world completely collapsed ...

Director David O. Russell's most remembered by his last two masterpieces : " Boxer " from 2010. and " In good times and bad " from the 2012th year . Under his direction, even the four actors who appear in the film " American cheaters " were nominated for the prestigious Oscar ( Bale , Lawrence , Adams and Cooper ) of which Bale and Lawrence Award and won in their categories . There is no doubt that the film " American cheaters " to become the new jewel in the oeuvre of this great director, who is in his films like toy with genres grabbing the harsh emotions and questions of life and death .

The film " American cheaters " in local theaters in January ! 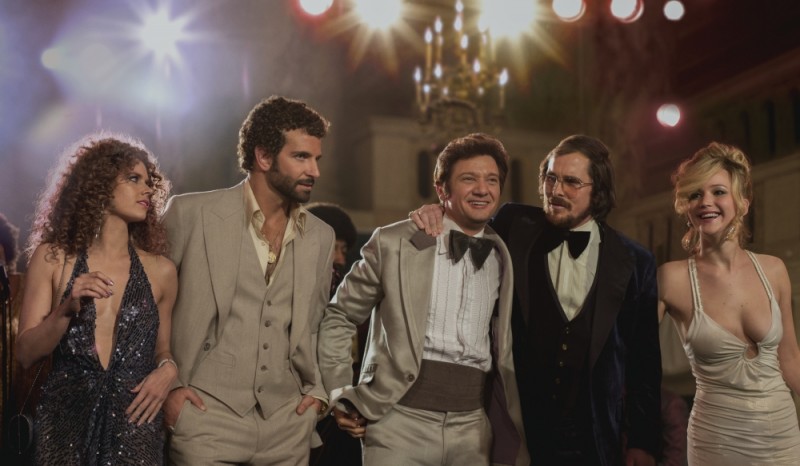